Today I modelled at Jackson’s Lane community and arts centre in Highgate, North London. The group is for older people, 55+, but most are in their 70s and 80s.

I was touched when Edna, an 87 year old with a dowager’s stoop revealed her unexpected joy at coming to life drawing. A few years ago her spine had suddenly started to crumble, literally one day she felt it go. Formerly 5′ 6″ I think, she lost several inches and now walks with a frame. She said, “It feels like for the first time since my body became broken, I am facing that fact through examining another body. I can see what’s wrong by looking at another body that is functioning. The doctors never show you, and they don’t look at you nude either, (except when operating) though they have to treat you. No one wants to see your body when you are older; relatives don’t even take photos of me any more.”

Despite this sad tale, Edna expresses a lot of happiness on her smiling face and in her twinkling eyes. She has lived a lot throughout her life so far, working as a psychotherapist, travel writer and latterly a photographer. She used to climb mountains and dance a lot. Fellow artist Sheila suggests it is better not to look back because it may remind us what we have lost; better to look forward as life is always full of surprises!

Liz who runs the class has gotten to know the members quite well, and they feel safe talking about painful feelings sometimes connected with families who are unkind to them. One woman describes her children’s greedy interests in her home… and their lack of sensitivity or consideration for her preferences. She says she enjoys coming to the groups at Jacksons Lane where members are ‘pre-internet; they actually sit down and talk, tell stories.’ Her family dismissively say, ‘why would you want to hang around with that bunch of disabled people?’

Sheila and Edna both clearly have some experience of life drawing, and an artistic sensibility. As I photograph their work, they ask what for, so I explain about Spirited Bodies. I mention the 73 year old woman who had had 2 hips and a knee replaced so only posed sitting down, and did not tell her judgmental family. I also recount the recent appearance of 82 year old Arleen who is a life model (who has had a mastectomy), at our Southbank event. Edna and Sheila are all ears, asking where can they find out more? When will there be an opportunity in North London? It is as if I have poured a drop of hope into their midweek afternoon. The class awaits more funding to be resurrected (today is the last session in a series) and I sincerely hope it is. 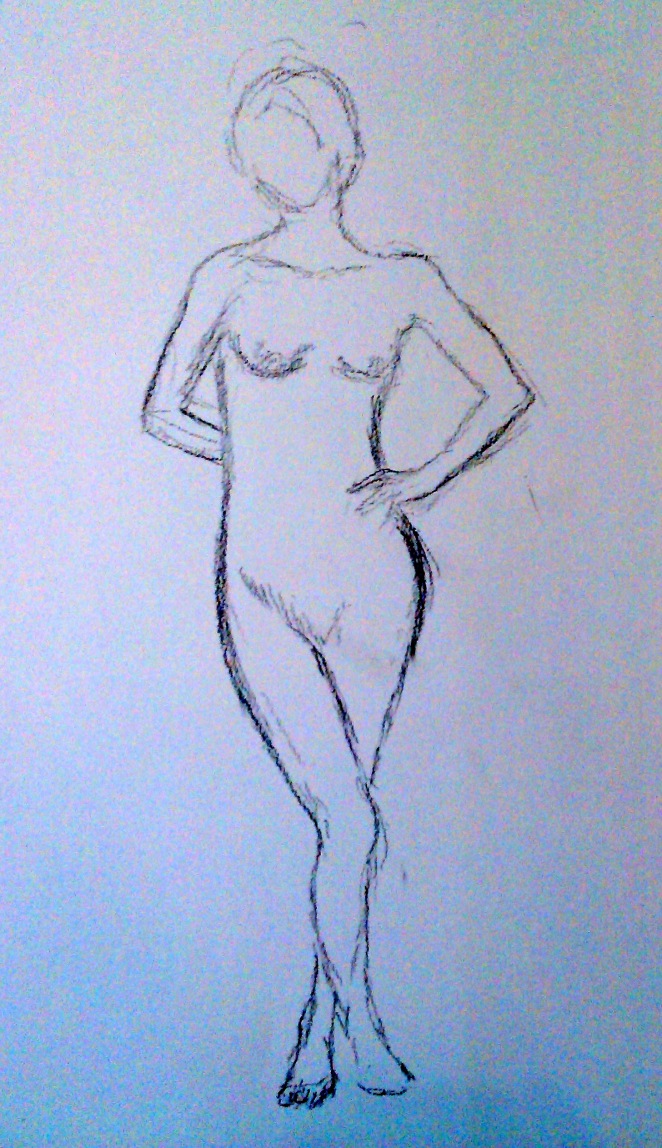 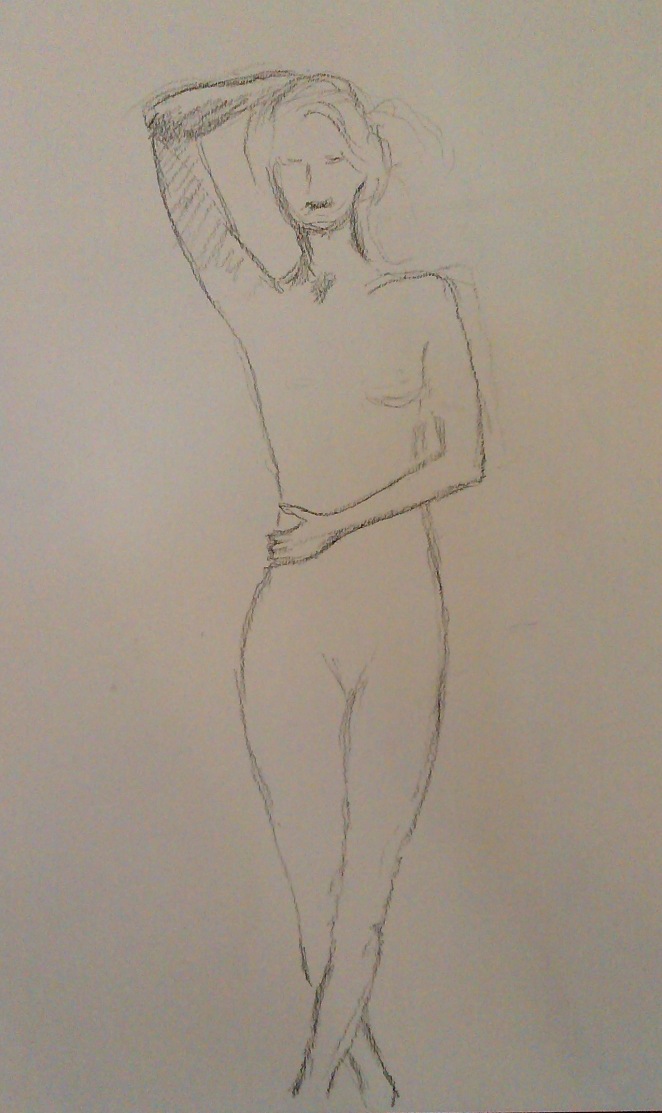 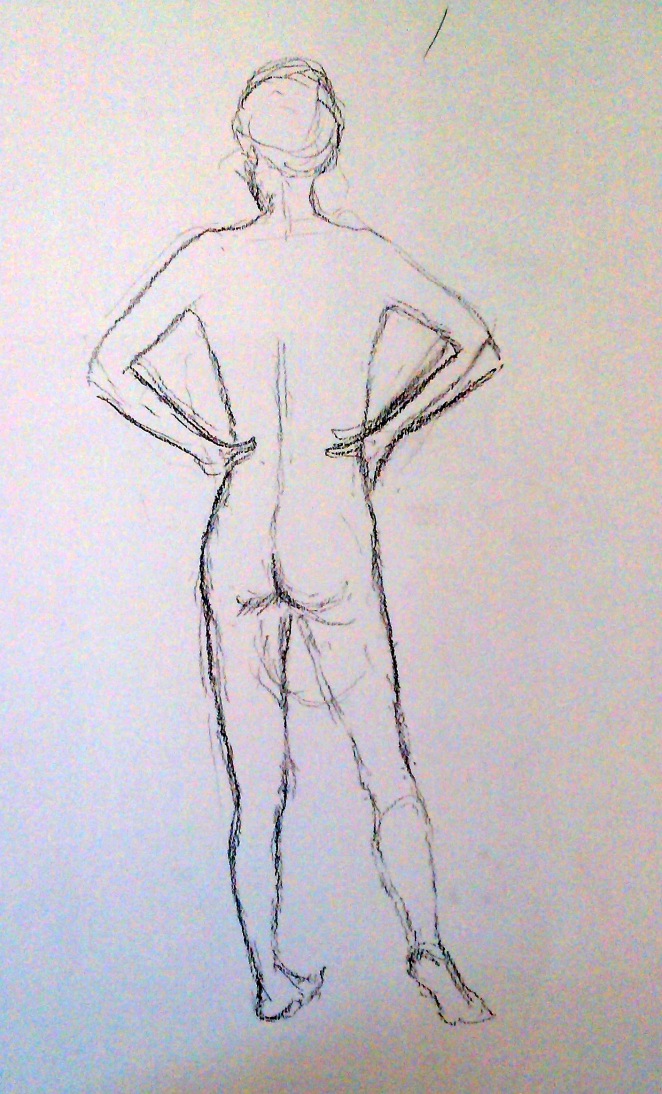 By the 3rd pose Edna has revealed her excitement at confronting an able bodied form, and how it is helping her understand her condition. I decide a spine view is in order 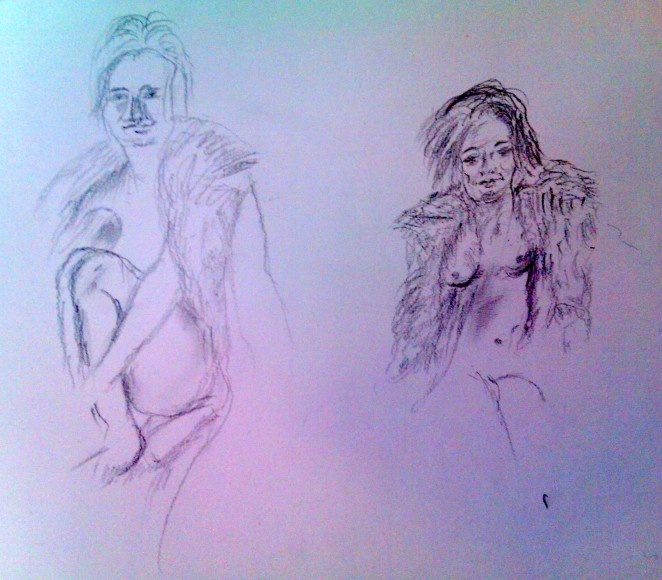 after a break of some coffee and cake, longer seated poses are decided on. It was very cold today, so I wrapped my coat round my shoulders 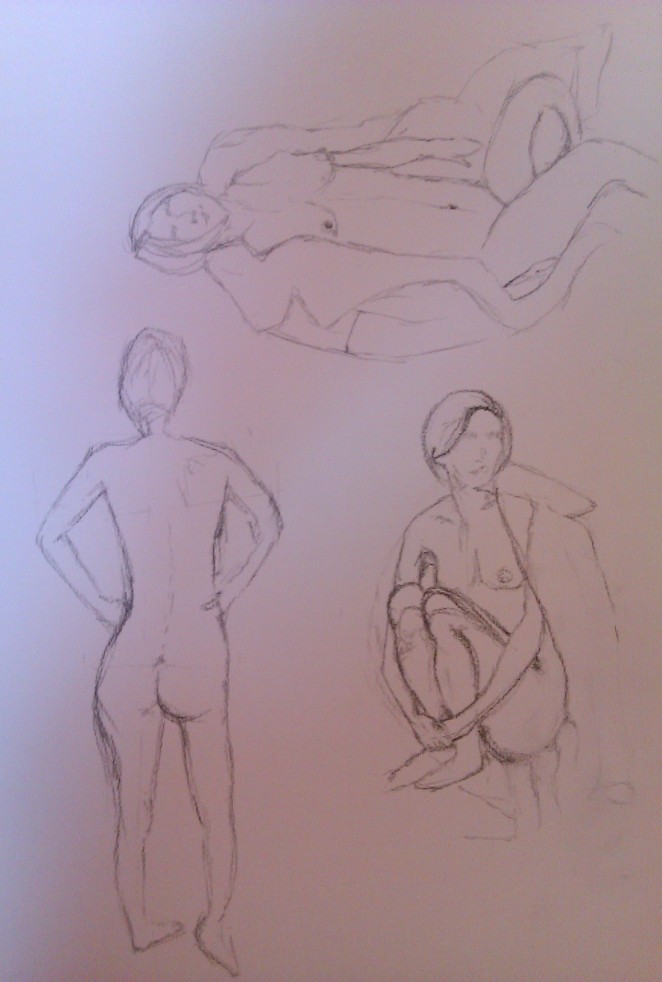 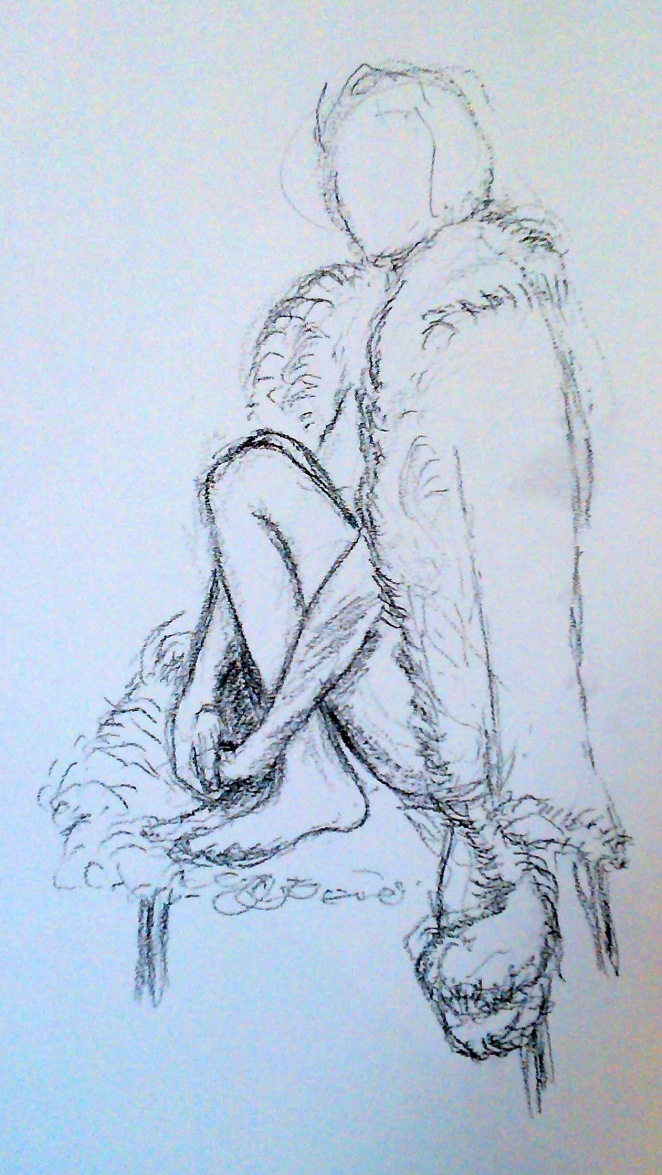 the coat becomes part of the pose 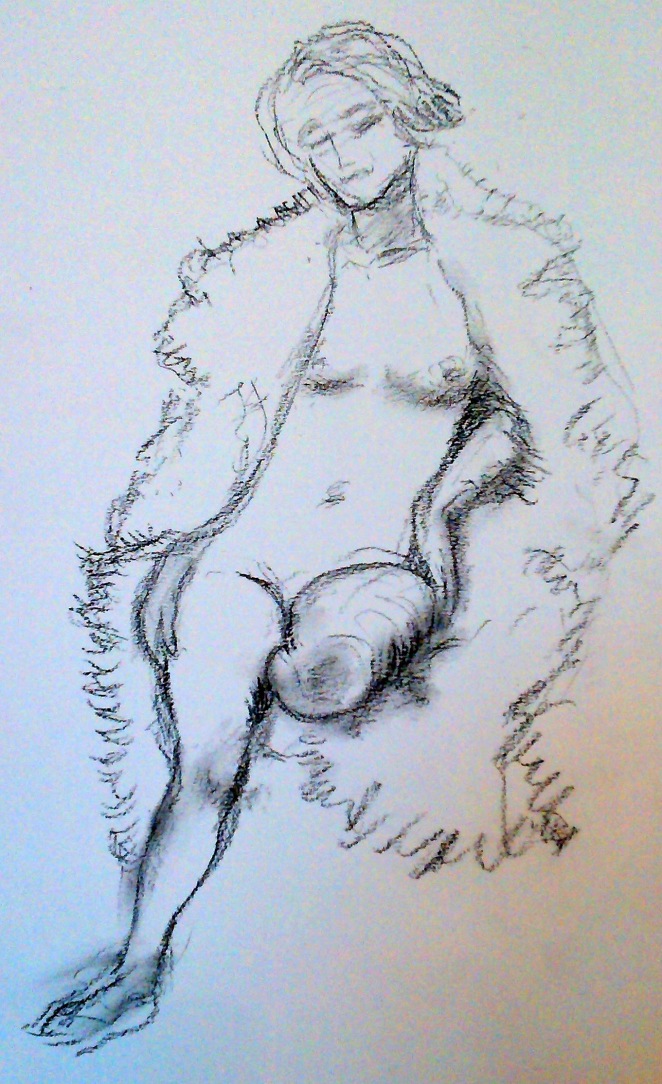 I love this luxurious final pose!

Some lovely drawings by a very sweet group; rarely does life modelling feel so much like it could help someone.