Wolf got in trouble for revealing too much of herself in her latest book entitled ‘Vagina’. Controversy, talking about her own vagina. She says that word a lot, as well as describing its different quadrants, outer and inner labia, clitoris, G-spot and perineum. She learnt a lot about vaginas since she had a spinal injury which cost her sensation in that area, and also layers of consciousness she says. She felt sad and didn’t know why till the injury was diagnosed, then corrected and sensation returned. This made her aware of what she missed when normal use of her vagina was restricted. The incredible euphoria accompanying orgasm that added meaning, direction to her life. She got to researching vaginas and found some hidden material, which explained something of our sexist culture which loves to mock the vagina. About how there is a brain to vagina connection or relationship, and that the range of euphoria and energy that the vagina may release is immense. The clitoris and G-spot are opposite poles of an axis simultaneously capable of reaching each other. The suppression of this research speaks volumes.

It is well known and addressed that erectile dysfunction affects or is related to many areas of a man’s life, altering his performance. Naturally there is a similar relationship for women and their vaginas, but that is less discussed.

When a woman seeks out sexual pleasure and is supported by her culture in doing that, dopamine is released in her, she becomes more confident and her oxytocin levels rise. Creative hormones move her forward with positive energy. Dopamine makes a person less easy to push around, to subjugate. We have internalised the idea that women’s sexuality is ridiculous. In her book ‘Fire with Fire’  Wolf asserts that women are on the route to equality, and to achieve it they must stop being victims. During the ‘sexual revolution’ in the ’70s, a survey in which women self-reported, showed that 30% of women did not reach orgasm when they want to. It seems there has been a sort of plateau reached as this statistic has hardly changed in the last 40 years.

So the bottom line is female sexual pleasure makes a woman powerful, so information about how to maximise this is not popular with patriarchal systems like religion. Hence sexuality and also Love can be very subversive.

In the rape culture of war people are dehumanised, and women’s bodies respond negatively to rape reducing their chances of enjoying sex. The autonomic nervous system which leads to activation of good orgasms, is inhibited by anti-erotic impulses such as fear, stress and anger.

Wolf grew up in San Francisco around her lesbian Mum in the ’70s. She observed how her Mum’s friends became shining and integrated in a culture that supported their sexuality; she’d seen the same people previously more withdrawn, before they found their place. This was an environment which emphasized women’s fulfillment as an entitlement. It ought to be on the national curriculum!

What else did I take from Naomi Wolf’s talk at Women of the World festival on Saturday evening? That western feminists have a lot to learn from our sisters in developing countries because she reckons they are at the vanguard of feminism today, really pushing boundaries. That we ought to be kinder to each other – it’s not about judging others because they have had surgery or don’t wish to call themselves feminists. That women hold emotional trauma in at least one quadrant of the vagina and this can be released through sexual healing. None of us are heterosexual, we all respond to a variety of stimuli despite what we say (well I knew that anyway!) And finally women generally need to learn how to receive pleasure better, as this has been suppressed in favour of male sexuality for too long. I resonate strongly with this, finding it hard to really let go most of the time. On the few occasions when I have been least inhibited, either alcohol, drugs or sometimes the euphoria of love have facilitated it. But to reach that high on a more regular basis, I am still working on that.

Going to put up some recent pictures from classes I have modelled in. There is a lot more to say about the WOW festival Lucy and I were at last weekend, like how many celebrities Lucy failed to realise she was chatting up because we’d reached that point in the weekend where she could no longer recognise faces. And how everything worked out for the best despite several drop-outs, because we had so many Spirited Bodies models present to help at our stall so some were able to step in and model too. That when the plan to film the event collapsed this was a blessing because our models gave the most precious and powerful testimonials we could have imagined which might easily have been inhibited with the presence of a camera. Similarly when I asked the audience how many would like to try doing a pose there and then, about half of them put up their hands, no doubt encouraged by the models’ words. The artwork will be up soon.

I went to a workshop about body image by the ‘Endangered Bodies’ group which I also want to report on, and the last event – Alice Walker introducing her film – was the perfect finale, so moving and inspiring. We will be following up our WOW contacts for some time and learning from some of the advice suggested. Becoming a charity may be a good choice for us, but so too might a business which is a social enterprise. The atmosphere at WOW is electric with so many women on fire! 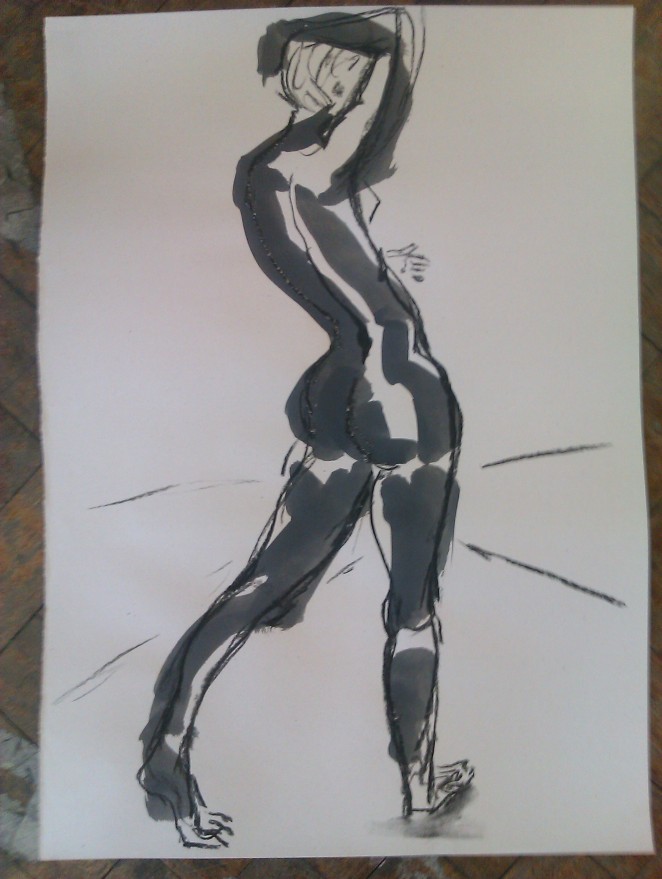 a glimpse of vagina! I think these pastels are by Jo Parmenter from the session at Richmond Adult Community College 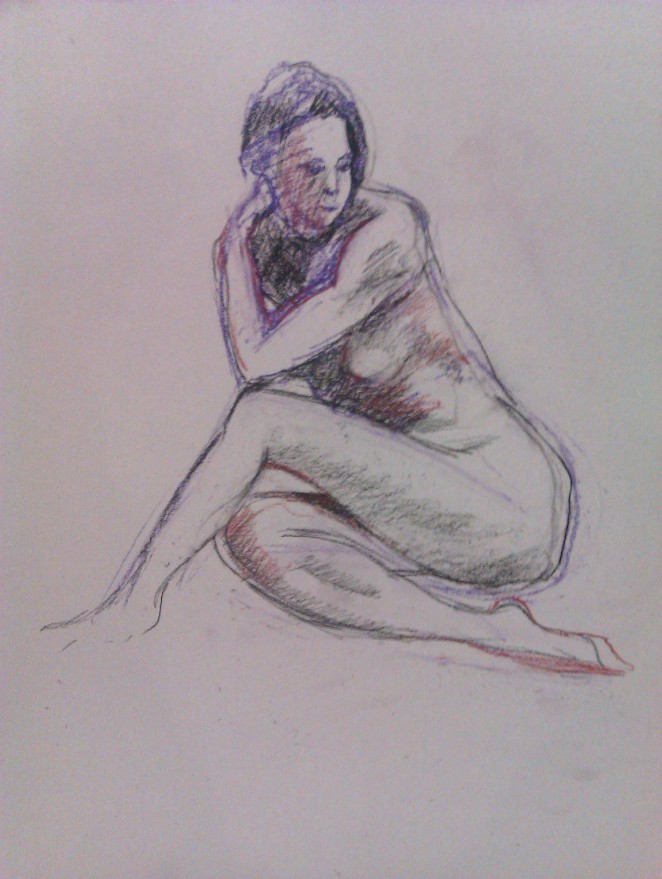 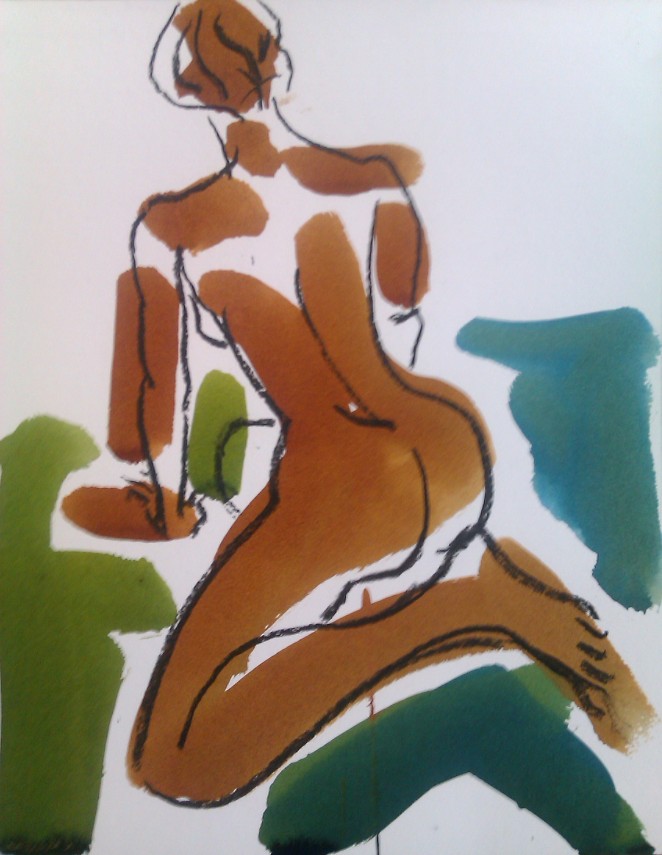 by model and tutor Hugh

9 thoughts on “Naomi Wolf & Women of the World festival, Southbank”