Getting Back to my own Life

Years of taking my clothes off for artists has brought me to a point of wanting to change roles, to find my own model to work out poses with, and then take my time finding his essence and bringing that out.

Just over a month ago I found an artist I wanted to work with individually as his muse, and grow with him in a new artistic relationship. This is proving mutually beneficial and he has honoured our dialogue by getting undressed for me too. 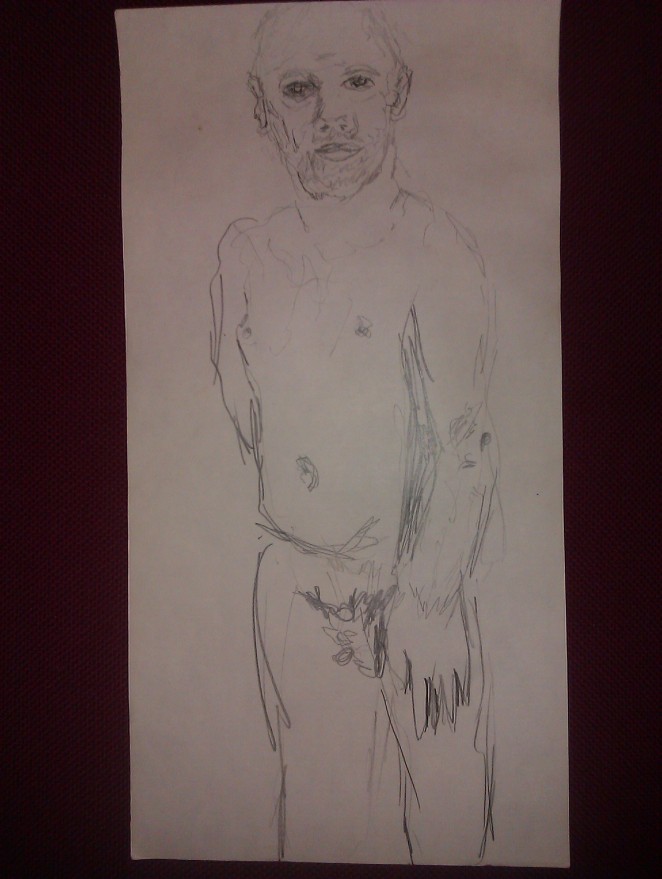 In the Summer of ’89, my Grandfather, John Wolfard, had saved up enough money for a visit to his homeland. He had left the United States in 1948 when on attempting to marry an English woman and bring her to live with him, the FBI intervened. Both John and my Grandmother-to-be were members of the Communist party, and in his case, the only people who knew (in the US) were his ex-wife, and the friend who had signed him up. These were cagey times, and after Mary’s entry was denied on this count, and there had been some interrogation, John knew the only thing was to quit his home and head for Europe. He couldn’t get more than a travel visa, but he was hopeful. As it happened, Mary and her Communist connections were able to find him basic work, and later, when no renewal was afforded, migration became the modus operandi.

Gramp, as we called him, said that this one and only visit home after all those years, was the best thing that he had ever done. He stayed with his brother Hilton and spent time catching up with his 1st wife (there had been 5 in all) Olga. They had married young, but meeting in their 70s, it was sad to feel how bonds were still there, and yet, by then it seemed too late to go back for good. East Berlin was his home and would be the place where he died, if only physically still part of the East.

He left the US for love – of a woman. Political beliefs came into it massively, but without the promise of her it could have been more tempting to remain as many did, and lie low during the witch-hunt season.

He also left an academic career which could not be grafted on to the East German system or indeed any in the 2nd world which was his oyster. Sure he could translate materials bound to leave the East, but this jolting move was not one he had planned on.

To me it seems a shame to never fully settle after so many years; due to lack of choice, so that when that option finally came when Gramp was a pensioner, he was no longer able to wholly appreciate it. In order to just visit the old country he had saved money by each year crossing the Berlin Wall (which pensioners were allowed to make a day trip doing annually) and receiving the sum which the West Germans had put aside for the souls who braved the crossing; a welcome gift. This had been stashed for a few years until enough was made for the plane fare. Ironically this all culminated in the same year that East Germany ceased to exist.

From this tale my Mother’s life began, and in her migration to London I also find parallels in my own life. Time seems to  quicken. With the speed of communication now, repeated family patterns may emerge sooner.

I felt I was exiled from life a while, removed from my natural group and stuck in a limbo, unable to settle. To be able to reconnect now with a vital development of my self from bygone days makes me feel more whole. The man I model for and who also poses for me, is part of an old friendship group. It feels like coming home. Such a joyful feeling to achieve that. Even the room he lives in carries old energies that remind me so strongly of our youth – he has lived in it (and so have some others) since the time that I too had a room like that. A room with narcotics bouncing off the walls, freaks at every turn and sex coming up from the floor! A den of such proclivity. It excites me. How sorry I was when I had to leave my room like that, my underground flat, 12 years ago. But at least this remaining one has daylight. And although everything seems more fragmented than I imagined, people are still there – sparks in the air waiting to fly. 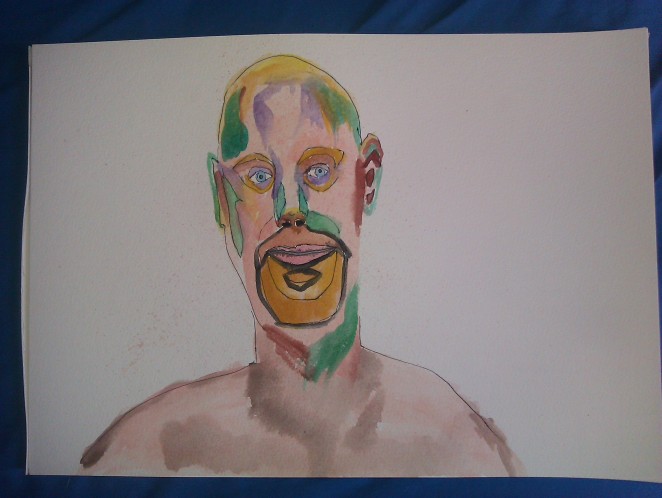 3 thoughts on “Getting Back to my own Life”