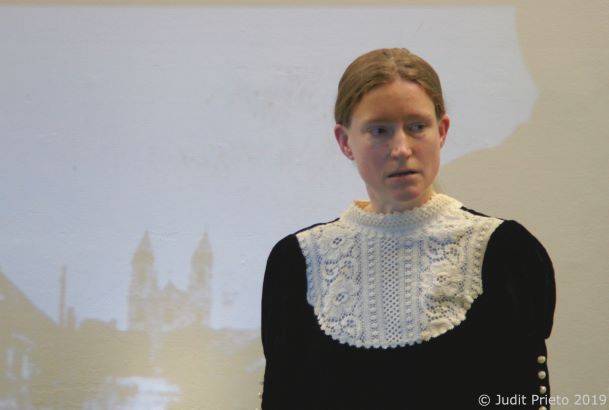 How do we stay relevent in lockdown? I feel for the doctors, nurses, hospital and other medical staff who have been pushed to their limits and exposed to the highest risks, on the frontline of the pandemic. All the essential workers; and some who lost their lives as a result. Many are not paid or appreciated enough. They weren’t or aren’t looked after properly for a long time, and I wonder how the teachers are now. There are other jobs too that keep the wheels of society’s machines oiled, like my partner working for the council. They don’t all have to leave the house, but they are needed, and often their workloads have increased in the stressed circumstances of the changeable pandemic.

Being an artist can feel like a luxury that is not strictly needed, along with other jobs and roles not deemed necessary enough for the risk to be accommodated. Some have been able to thrive or at least get by, making their work online instead. There are advantages, but so much is missed that way as well.

I was a bit lost in the Summer, unsure what to do with myself. Really allowed myself to feel the emptiness, the gap in my life where work had been. I’d gotten a lot from gardening earlier on, at a time when things felt so scary we weren’t sure which way the world might go. But the garden had been sorted, and was just busy quietly growing vegetables. Beyond a bit of watering and harvesting each day, it was taking care of itself.

If I wasn’t going to make my work online, then what? Sensing I needed a focus, Steve suggested I go to college; study something. When he said that, there was just one thing I thought I’d like to do. There are lots of subjects I’d like to know more about but wouldn’t require going to college. Training to be a counsellor however, seemed like something I could either do, or make use of in my work in a more artistic medium, so I looked up the options.

I wanted somewhere local so I may benefit from in-person teaching if it was possible. The local Higher Education college a couple of streets from where I live had an open day imminently, where it was possible to enrol. I booked a place to check out the Level 2 counselling skills course, and during the day I spent there, much of it waiting or filling out forms, I did enrol. Something new was going to happen and I was excited! I’d had to complete a 500 word essay as part of the application process, and sat in an empty art room alone, describing a period of change in my life. It flowed out without hesitation, and I thought, I could get into this subject. I’d just written a 4000 word blog post about gender inclusivity, so this felt like a picnic.

When it came to the actual enrolling, after a long queue, the guy who saw me asked about my employment situation and finances, and quickly surmised I was eligible for a free place. This was going well. The thing that absolutely sealed the deal, much more important than the fee in fact, was this course would be taught in-person. I was thrilled. I would be in a class with other students and a tutor once a week for 5 hours, over 18 weeks. That was an enriching prospect and I was looking forward to learning something new.

I had one major performance gig lined up for the Autumn in November – at an eco-feminist festival organised by Art from Heart. As well as going to college, I needed to prepare a show, and I was potentially starting from scratch. It had originally been scheduled for April… and if it had been then, I probably would have performed a version of ‘Growing Roots’. I was aware however, that show did not really fit the theme. Which goes to show how much I wanted to make that play, because it didn’t have any sort of commission, or fit with anything I’d been asked to do. Although Dani at LifeArt Stockwell‘s openness to me performing however I wanted, gave me a supportive space in January 2020.

Now I had more time, and had psychicly moved on from ‘Growing Roots’, it made sense to think afresh about this performance. Where on the eco-feminist spectrum did I incline to zone in? While that is a theme close to my heart, when it comes to feeling an artistic drive towards writing a story, the means of being hooked are not always obvious. There was however a guideline from my friend Judit, who runs Art from Heart, especially for me. When I had performed at her festival in 2019, I had created the ‘Roots’ show, which only loosely connected to the ecology theme. About some of my activist ancestors, I’d sourced original memoirs and letters to tell much of the narrative, plus written one monologue so that at least one female character could speak. The play had overall been received very well, presented largely as an audio piece with visual tableaux on stage.

Judit’s suggestion for my contribution at her next festival had been, “Now write just about your female ancestors”.

What an interesting and valuable instruction! It would have to be more fictional, and to be credible, involve plenty of historical research. A very thoughtful exercise, essentially rewriting history with some of the untold stories, imaginatively drawn to fill important gaps. To rebalance my ancestral blueprint informing who I am – but the wider symbolism meant adding to a growing shift in awareness about women’s and non-binary part in the past, as well as going forward. It’s a shift which I believe helps to heal everyone including men. I sometimes wonder how much I am affected, influenced by there being a long line of men on one side of my family at least, who we know about, have been written about. They are considered important and relevent. It’s also true that some of the women were prominent in their own right; but that wasn’t impressed upon me as I was growing up, the way the men were.

Judit’s suggestion feels timely, welcome, and currently I am eagerly immersing myself in it. Before the course began I got stuck into the new enquiry, probing Dad for useful documents (he is the family historian) as well as searching online for material about the era, movements of the day, and known figures involved. Very quickly a Victorian cast of torch bearers and trouble makers opened up, and I knew I’d have no problem generating drama. Of course the November date was cancelled – and didn’t go online – but we are now aiming with hope, for October.

The featured image above, is of me performing my great grandmother Rivkah. Below I am performing my grandmother Mary, as well as the statue of Liberty. Both images are taken from the ‘Roots’ performance in 2019 at ‘We Grow into the Forest’ festival. Photographs by Judit Prieto.