Blood on my Thighs

It’s been far too long. Since I wrote one of those species of posts that incriminates more friends than I have time or inclination to check with first! I am the only one at home, in fact I am the only person in the building as other flats are both empty. The bass has been returned to its natural position (my downstairs neighbours used to complain about this) and I am working my way through the metal archives. Rocking Suicidal Tendencies!

After a busy term I took a holiday on my own, for walking and writing in the Highlands of Scotland. 8 days and nights in Caithness and the North coast of Sutherland changed the way I felt about my life. I mean I wanted to stay there, I want to live there! I found a remote place with cliffs of such rugged awe and not a person in sight for hours, and I felt like my soul lived there, that I belong there. A place where the power of nature is so extremely evident, that you know man has just long left it alone, given up considering the possibilities of exploitation.

Coming back home was painful, the anonymity of living in the big city felt bleak. So cramped, over-built and ugly, unnaturally polluted. To think I have lived here all my life, trying to claw my way through it. I felt intense resistance towards travelling out of my area, especially into Central London for nearly a week. When I did venture to the Tate Modern to check out the Matisse, even though it was a Sunday I found myself shutting down in the traffic. I mean I was cycling and I felt myself putting up a wall of defense around me to protect myself from the heavy dense energy, the selfish push of each vehicle wanting to get where it needed to go above all else, never mind the rest. I’ve never been so aware of this before or so sensitive to it. In fact I think I used to thrive in some way from the adrenaline rush of cycling in thick London traffic when I am in the quick of it. It certainly enlivens one’s senses and I long gave up listening to music at the same time as I need to be alert to every sound around, quiet motors behind or other cyclists approaching.

Once my psychic screen was in place I actually felt more focused like nothing could distract me from my mission, and again I was revelling in rising above it. So before I can move North I have to work out how to live there. There isn’t much life drawing there, I mean there just aren’t that many people and that’s the point. I will say however, that everyone I met who asked what I do and I told them I am a life model, well they all knew what that is. I cannot say the same in London, I am frequently met with quizzical looks. Cultured folk those Highlanders.

Before I left for my trip I was thinking I would organise a Spirited Bodies event immediately after I returned, for September. The lochs and mountains temporarily threw me though. I found myself losing all interest in my erstwhile London activities. The only thing which inspired me was trying to get back North. I had the hostel guide and lots of numbers for self catering accommodation on Orkney or again on the North coast of the mainland.

So last Monday I happened to be online at the right time in the afternoon when a life model colleague (and former Spirited Body) posted a job for that evening partly directed at me. I had spent a lot of time in my area and on my sofa and felt ready to get to work. Sometimes when I get dressed I begin to have a sense of the day ahead from the clothes I am drawn to wearing, in that way I can create my own reality. In any case I was bleeding and that just makes me more in tune; I had a very good feeling about this evening, and it lined up with meeting a friend in the area too. I was experimenting with not wearing a mooncup as I was feeling that this mini plunger contraption which is better for the environment is actually blocking my bits, stopping my cunt from breathing in the correct manner. For the first time in a few years I was going back to tampons and breathe they did. I got to Leytonstone in good time, met Jenny the organiser setting up and surveyed the place. I was ready to rock it, and after the first half the artists clapped enthusiastically. I felt a bit slimey and often this feeling is just an illusion or sweat, but in the bathroom I discovered blood smeared all over my thighs. This doesn’t happen with the mooncup but at least I was breathing.

You know it’s been a good session when several more offers of work come immediately as a result. I also thought that this hall would work for Spirited Bodies and felt positively about the group. It was discussed favourably over drinks so watch this space for an imminent date, in September.

Slime at the Farr Bay 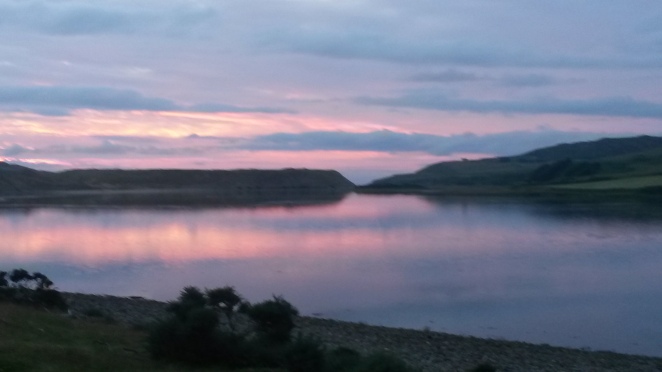 4 thoughts on “Blood on my Thighs”