Looking Back to Nina Hamnett

The very first artist I modelled for invited me to a film; ‘What Shall We Do With The Drunken Sailor?’ by Chris Ward – the life, times and troubles of Artist/Model Nina Hamnett (1890-1956). Queen of the avant garde she had a bohemian lifestyle with a glamorous heyday. The film caught more of the sense of waste towards the end of her life deteriorating in alcoholism, being used as an object for sex by whoever around.

That was sad; I wanted to know more about her as an artist, writer and model of Picasso, Modigliani, Roger Fry et al. 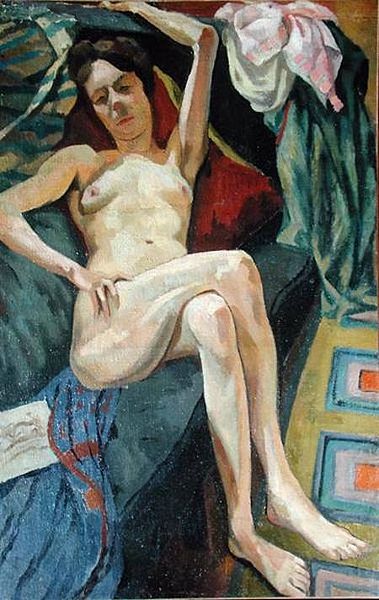 I left with the feeling that this queen of cool had ultimately been devoured; I started out wanting to fall in love with her and felt disappointed by her decline. Being free as she was must have had a high price and she did not hold back in exercising her free spirit. 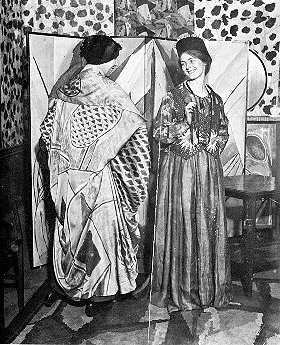 As a life model, writer & performer I feel grateful to be around now that more taboos have been worked and to people like Nina for beating the way as she was far from a victim, quite the creator of her world, albeit worn out and broken by the end. Aleister Crowley even tried but failed to sue her for saying in her autobiographical ‘Laughing Torso‘ of 1932 that he practised black magic. Come on – we would be disappointed if Crowley hadn’t been delving into the dark side! Mind you, he was pretty desperate by this time, living about as hand to mouth as she ended up too.

She had upset Crowley, and fell out of fortune spiralling downwards. She let her love of the social scene take presidence over creating art and that was the shame that kept her from greater success, as she had all the potential and support of renouned artists.

Nevertheless, as James Conway puts it, ‘Even in the depths of squalor Hamnett never pitied herself and we shouldn’t either. She fit more living in one of her Paris sojourns than most of us do in a lifetime, and as the Times obituary noted, “Miss Hamnett was a complete success as a person; generous, good humoured, loyal, and witty.” ‘

I like that. Here are some of her acclaimed paintings;

She has been evolving her Girl in Suitcase performance since 2009, most recently exploring the life cycle of woman and reclaiming menstrual rites.

In 2010 she created Spirited Bodies to provide a platform for women to try life modelling in a safe environment, and gain a new sense of embodiment.